A Record Year for Airbus

European aerospace giant Airbus is in a celebratory mood after delivering 635 commercial aircraft during 2015, a new company record.  This included 491 A320 Family aircraft, 103 A330s, 27 A380s and 14 A350 XWBs which were handed over to 85 different customers (ten of which were new).  Airbus’ performance last year surpasses its previous record of 629 set in 2014 and marks the 13th consecutive year of growth for the firm. 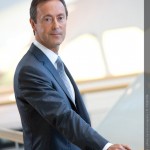 Announcing the results in Paris on January 12, Airbus President and CEO Fabrice Brégier said: “This commercial and industrial performance unequivocally proves that global demand for our aircraft has remained resilient.”  He added: “In 2015 we have also laid firm foundations for the future, increasing the capability and variety of the aircraft which we can offer to our customers.”

Significantly, the company also attracted 1,036 net orders during the 12-month period – including 897 single-aisle aircraft and 139 widebodies.  This increases its backlog to a new industry record of 6,787 aircraft valued at $996.3 billion at list prices.

Airbus said 2015 had been “a year of solid and wide-ranging accomplishments”.  The manufacturer added three new variants to its commercial jet line up – the long-range A321LR, the lower-weight A330 Regional and the ultra long-range A350-900ULR.  Elsewhere, the firm achieved certification of its new A320neo and made major advances on both the A350-1000 and A330neo.  It also broke even on the A380 programme for the first time, some ten years after the type made its maiden flight, and officially opened its new production line in Mobile, Alabama. 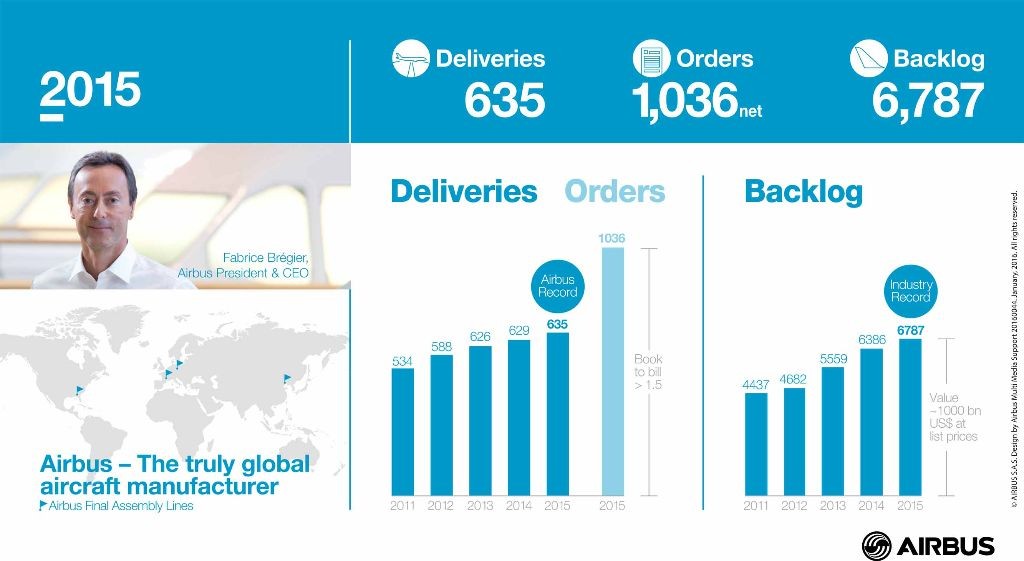