Brussels Airlines is embarking on a significant overhaul of its widebody fleet after confirming plans to acquire seven new Airbus A330-300ceos.  The incoming jets, due for delivery in 2018 and 2019, will replace seven of the Belgian flag carrier’s ten A330-200s and -300s that are due to return to their respective lessors. 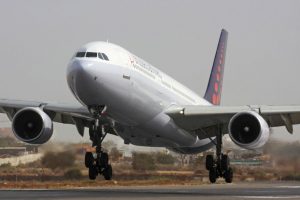 Reflecting on the deal, Brussels Airlines CEO Bernard Gustin said it is “the largest investment project” in the carrier’s 15-year history.  He added: “Just a few months after the complete acquisition of Brussels Airlines, Lufthansa (on behalf of the Eurowings Group) has taken an important investment decision, confirming its confidence in the sustainable future and development of Brussels Airlines in general and its successful long-haul operations in particular.”

The carrier revealed the Rolls-Royce Trent 700-powered A330ceos will be equipped with a new three-class cabin, consisting of Business Class, Economy Privilege and Economy Class, though final seating configuration remains under consideration.

The A330ceo will, according to the airline, “bring many benefits” over the existing A330 fleet, including “a significantly higher maximum take-off weight and range.”