Sponsored Article: The Rise and Rise of Regional Aircraft

When the commercial air travel industry was deregulated in the United States in 1978, new opportunities appeared on the horizon to link hundreds of city pairs that had never received nonstop air service before. In this new environment, airlines relied on turboprop aircraft to feed hubs where passengers could connect with larger aircraft. However, most regional turboprops were too slow to serve hub and spoke routes of beyond about 300 nautical miles and existing single-aisle mainline jets had too many seats to profitably provide frequent service to smaller communities. Then in 1992, everything changed when a new category of aircraft known as the 50-seat regional jet entered into service. A disruptive technological innovation, the launch of the Canadair Regional Jet was greeted with skepticism by most in the airline industry. However, history would prove the regional jet was the right aircraft at the right time. Designed to fill the gap between the operating capabilities of short haul 30- to 60-seat turboprops and longer-range single-aisle 100-seat jets, it would go on to transform the airline industry. 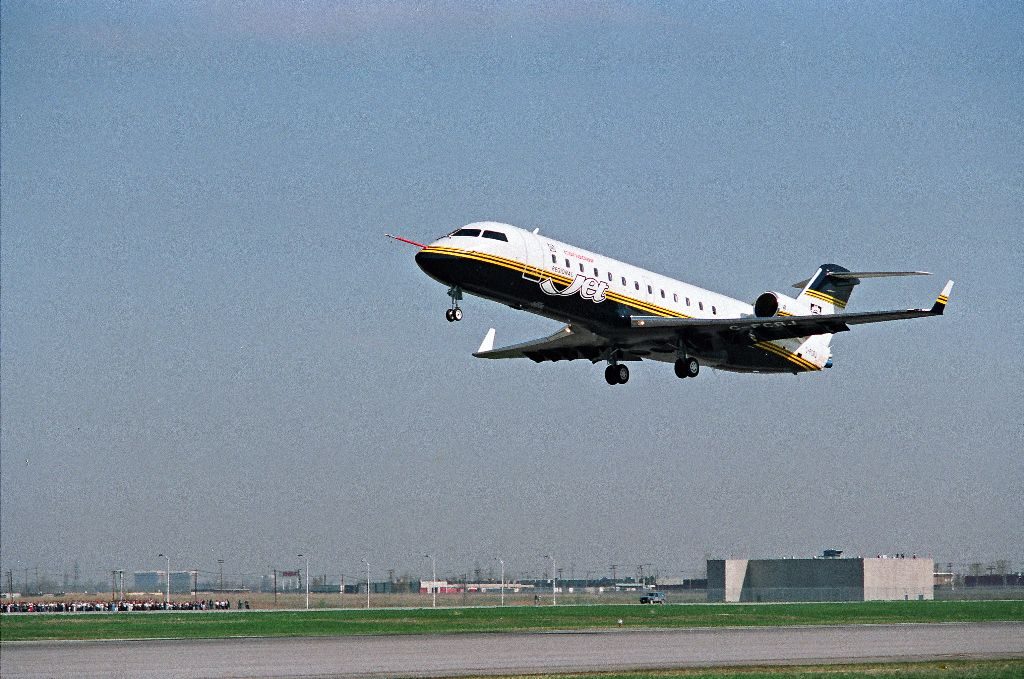 From skepticism to success

Despite the initial market hesitation toward regional aircraft, a handful of forward-thinking airlines in North America, Europe and Asia signed up as Canadair Regional Jet (CRJ) launch customers. The first 50-seat Bombardier CRJ100 aircraft was delivered to Lufthansa CityLine in 1992 marking an exciting new chapter in the history of commercial aviation. These aircraft served Lufthansa’s hubs in Frankfurt, Munich, Dusseldorf, and Hamburg that connected to cities in Western Europe. In the CRJ’s first 100 days in of service, the aircraft flew 1,237 flights with 99% dispatch reliability – a remarkable achievement for a totally new aircraft. These aircraft also consumed an average of 8% less fuel than originally forecast, resulting in significant annual cost savings for the airline.

Following the end of the Cold War, Lufthansa CRJ service extended eastward to cities in Eastern Europe, Russia and the Commonwealth of Independent States. In the United States, the first customers for the 50-seat CRJ were Comair Airlines and Skywest Airlines, two independent regional airlines that were part of the Delta Connection franchise. Skywest would grow over the years to have one of the largest domestic fleets of regional jets in the United States. It wasn’t long before airport managers and Chamber of Commerce leaders across the U.S. voiced their enthusiasm to have CRJ service for their communities. Meanwhile in Canada to take full advantage of the Canada-US “open skies” agreement in 1995, Air Canada placed an order for twenty-five 50-seat CRJs and used the aircraft to launch new trans-border routes from its major hubs to US cities. The CRJ had the lowest acquisition and trip cost in the Air Canada mainline fleet and was ideally suited to build frequencies and market share on new trans-border routes as well as serve domestic city pairs at off-peak times when load factors on larger jets were low. 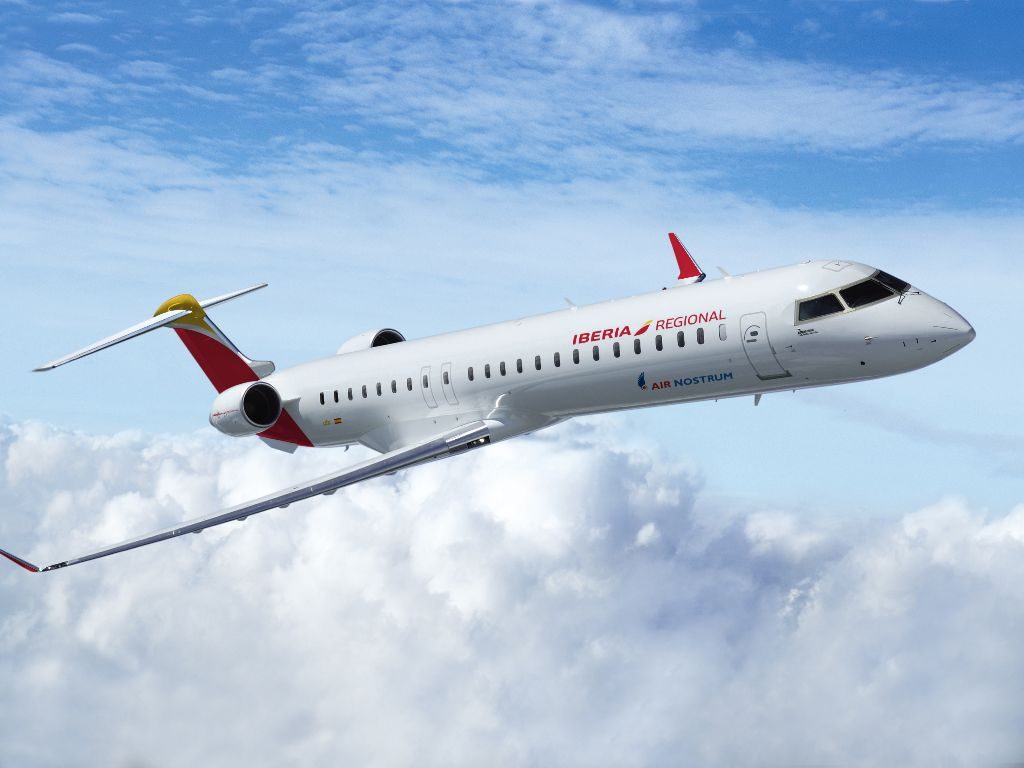 Not only were regional jets the most cost efficient way for airlines to link hundreds if not thousands of communities to airport hubs and global airline networks, these innovative aircraft enhanced the passenger travel experience and provided regional airlines with increased traffic, revenues and greater market share. To further increase traffic growth, the idea of using the CRJ to fly between “spoke” cities was promoted. Every new spoke route added, increased the number of connecting passengers flying to a regional airline’s mainline partner’s hub. These additional routes provided passengers in smaller communities with more flight options. In 1996 Bombardier introduced the CRJ200 which benefitted from more powerful engines for improved performance out of challenging airports and reduced maintenance requirements. Bombardier was the sole manufacturer of regional aircraft until late 1996 when the first 50-seat Embraer ERJ 145 was delivered to ExpressJet Airlines. Smaller RJ models were also introduced by Bombardier’s competitors such as the Embraer ERJ 135, ERJ 140 and Fairchild Dornier 328JET. However these smaller aircraft soon fell out of favor due to higher unit costs compared to the 50-seat variants.

Following the tremendous success of the 50-seat CRJ, Bombardier was the first company to launch a “large RJ” with the 70-seat CRJ700 in 1997 and the first 90-seat RJ, the CRJ900, in 2000. In 2007 the family was further expanded with the 100-seat CRJ1000. While still maintaining a common Type Rating with the CRJ200, the CRJ700 was almost a brand new airplane featuring a new wing, empennage, fuselage and engines, The introduction of leading edge slats improved airfield performance and allowed the larger CRJ700 to serve the same airports as the CRJ200. The CRJ700 also introduced a new level of international collaboration. The wing, forward fuselage, rudder and flight surfaces were designed and were produced by Bombardier in Montreal, while the mid-fuselage was designed and produced by Bombardier’s Northern Ireland Shorts operation, in Belfast. 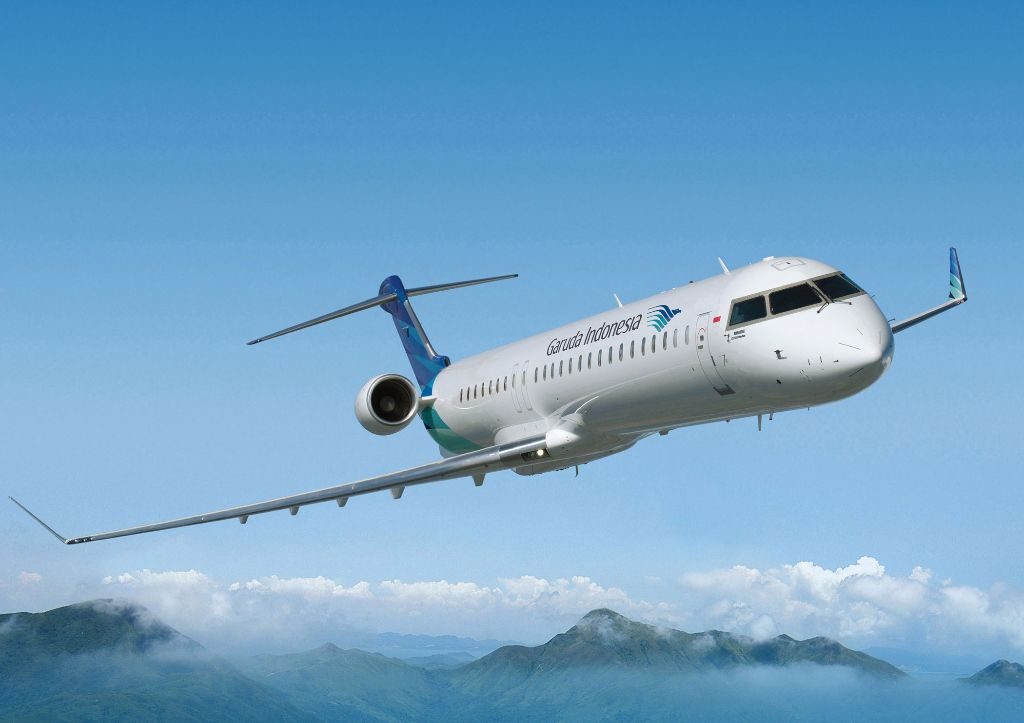 In North America, scope clauses continued to evolve during a period when many airlines were re-structured under bankruptcy and consolidation, eventually aligning at a maximum of 76-seats. In Europe and other parts of the world, airlines were seeking regional jets with more seats and lower seat mile costs such as the CRJ1000..
Launched in 2007, the NextGen cabin was designed to create the look and feel of a larger aircraft and with enlarged windows and Light Emitting Diode (LED) lighting, a first for commercial aircraft, creating a bright and welcoming cabin. The design and size of the overhead bins were also enlarged to accommodate IATA Standard Roller Bags (two per bin), increasing the stowage by nearly 27%. In 2014, American Airlines, was the first to receive the new conic nozzle option on their CRJ900. Combined with other NextGen improvements this delivered a 5.5% reduction in fuel burn, the lowest in the category. 2016 saw the introduction of an escalated maintenance program, at 800/8,000 hours, to this day, the CRJ Series has the longest maintenance intervals in the industry.

As early CRJ100 aircraft start to transition out of passenger service, a large cargo door retrofit was recently introduced. This will continue to open new markets for the CRJ Series, making fast cargo service available on small routes that were not previously economical.

Forward to the future

With an eye to the future, Bombardier continues to improve the CRJ family of aircraft to increase its capabilities and deliver more value. The new interior concept of CRJ Series aircraft, first presented in 2016, was designed based on operator needs and with passengers in mind. In addition to featuring improved sightlines and a wider aisle for easy mobility, the CRJ Series is the first and only regional aircraft to offer a PRM-compatible (Passenger with Reduced Mobility) lavatory. 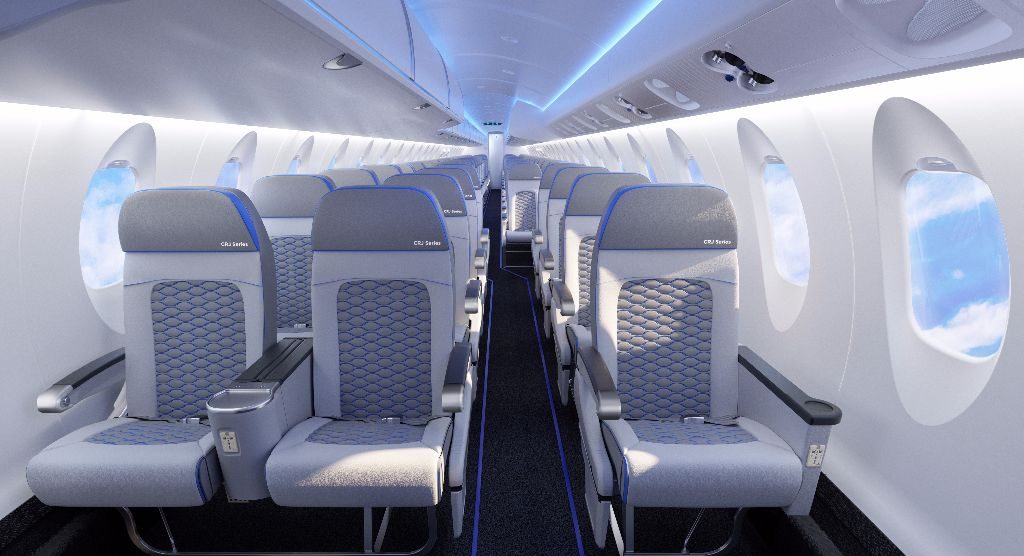 The CRJ is also in line with the International Civil Aviation Organization’s (ICAO) Aviation System Block Upgrades to ensure future readiness and is equipped with Automatic Dependent Surveillance‐Broadcast (“ADS‐B out”) avionics equipment in advance of the required 2020 deadline. 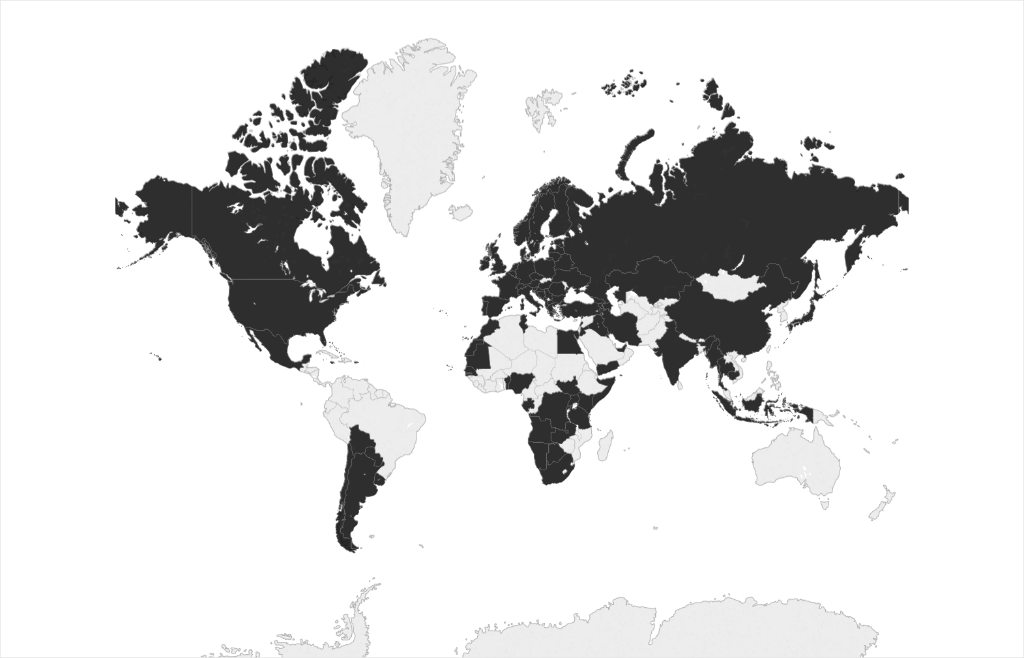 90 countries with operations at airports – June 2017

The concept of a regional jet optimized to fly long thinly traveled routes was a disruptive technological innovation when it flew its first revenue passenger flight almost 25-years ago. Today, CRJ aircraft are just as revolutionary and relevant to the world of air travel. Having earned an enviable reputation for delivering the most dependable, economical and reliable operation, CRJ Series have grown to be the number one choice for regional aviation and the third most successful aircraft family in production. CRJ aircraft operate in over 90 countries, on every continent. In fact every 10 seconds a CRJ Series aircraft takes off from a runway somewhere in the world. With its track record of innovation and over 1900 aircraft sold, there’s no telling how the CRJ Series will transform the industry in the next twenty-five years.