AirAsia has taken delivery of the first A320neo built at Airbus’ final assembly line in Tianjin, China.  The jet, registered 9M-AGK (c/n 7803), was handed over to the Malaysian low-cost carrier during a special ceremony.  It is powered by CFM Leap-1A engines and fitted with the Space-Flex cabin, accommodating 186 passengers.

Aireen Omar, AirAsia Berhad CEO said: “We are very proud to receive the first Airbus A320neo fully assembled in Tianjin, China and we would like to congratulate Airbus, as well as the Chinese Government for achieving yet another milestone.  China is today one of the world’s most important markets for aviation, and we are honoured to be part of the development and rapid growth of China’s civil aviation.  We are certainly proud to take delivery of this aircraft fully assembled in Tianjin and have this historic aircraft as part of our fleet.”

AirAsia is the largest A320 Family customer with orders for 578 aircraft, including 404 A320neo Family jets.

Omar added: “The Airbus A320 aircraft has contributed immensely towards our business model and our operations.  We received our first A320neo last year and this is our thirteenth Airbus A320neo that we are receiving for the group, which is also the 184th aircraft delivered by Airbus.  As we expand our network and grow our fleet, it is important for us to stay at the forefront of our business.  We are very pleased with the A320neo, which provides up to 15% fuel savings and an additional range of 500 nautical miles, which translates to lower fares for our guests.” 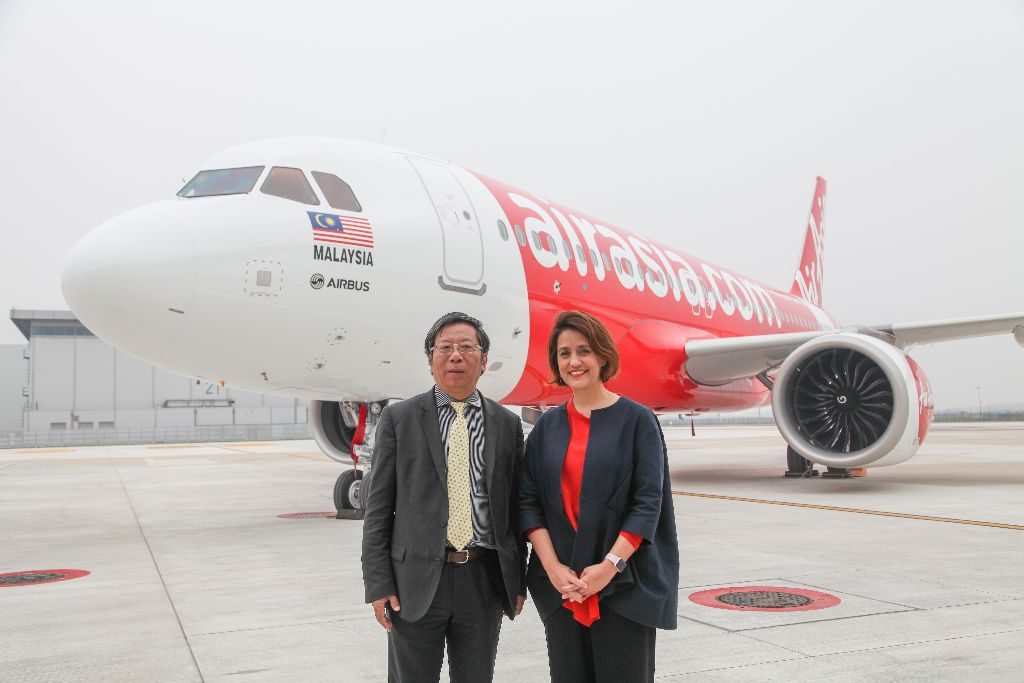 AirAsia is the largest customer for the A320 Family. (Photo Airbus)

Eric Chen, President of Airbus Commercial Aircraft China, remarked: “I am very pleased to hand over the first A320neo to be assembled in Tianjin to AirAsia.  The delivery of the neo is a milestone for our Asia Final Assembly Line, which will help to meet the robust demand of our customers in China and the Asia-Pacific region.”