Photo: Qatar Airways has taken delivery of its first Airbus A350-1000. (Photo Airbus)

Launch customer Qatar Airways has taken delivery of the first Airbus A350-1000, A7-ANA (c/n 88).  The jet was handed over to the Doha-based carrier, which was also the first airline to fly the smaller A350-900, during a celebratory event at the manufacturer’s Toulouse facility on February 20.

“Qatar Airways always demands the very best for its customers, so it is right that we are the first airline in the world to fly the Airbus A350-1000,” said Qatar Airways Group Chief Executive, Akbar Al Baker.  “This remarkable state-of-the-art aircraft will become a firm part of Qatar Airways fleet and will keep us ahead of the curve, allowing us to continue to offer our passengers outstanding levels of comfort and service.” 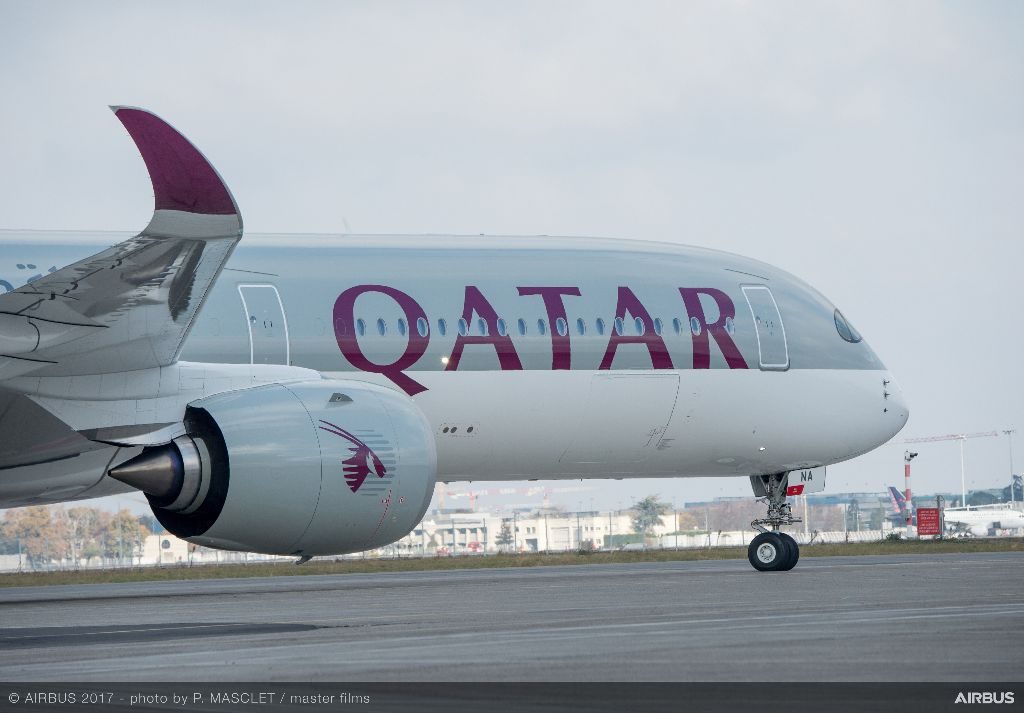 The jet is the first of 37 A350-1000s Qatar Airways has on order and is the first Airbus-built aircraft to feature the airline’s new Qsuite Business Class product.  The fuselage of the -1000 is 23ft (7m) longer than the -900, which in Qatar Airways’ chosen configuration provides 44 additional seats.  The jet has a range of 8,000nm (14,800 km) at entry into service and features a modified wing trailing-edge, new six-wheel main landing gears and more powerful Rolls-Royce Trent XWB-97 engines. 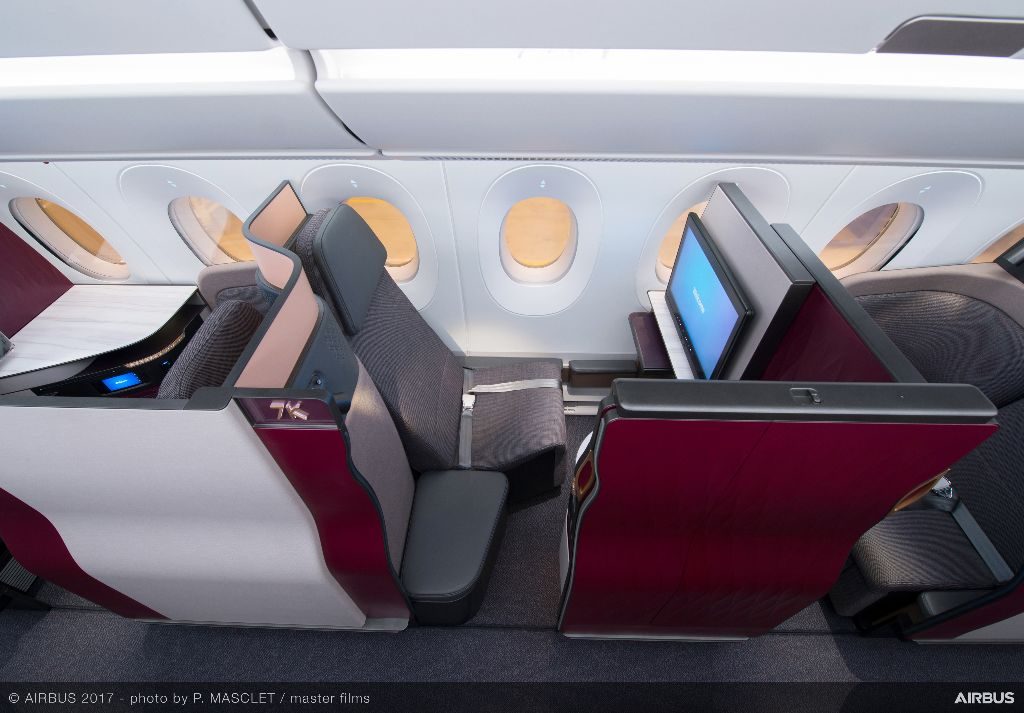 The A350-1000 is the first Airbus to feature Qatar Airways’ Qsuite Business Class product. (Photo Airbus)

Fabrice Brégier, Airbus, said: “It is a huge pride for us to deliver the very first A350-1000 to our launch customer Qatar Airways.  Bringing major advantages in fuel and cost efficiency along with unmatched passenger comfort, the A350-1000 is the ideal aircraft to showcase Qatar Airways’ legendary customer service.  With its greater capacity compared to the A350-900, the newest widebody will play a major role on the carrier’s busiest long-haul routes and will contribute to strengthen their position at the forefront of the aviation industry.”

Qatar Airways is the world’s largest A350 XWB family customer with 76 aircraft on order and the largest A350-1000 customer.  It currently operates a fleet of 20 -900s.

The airline plans to debut A7-ANA on its QR15 service from Doha to London/Heathrow on February 24. 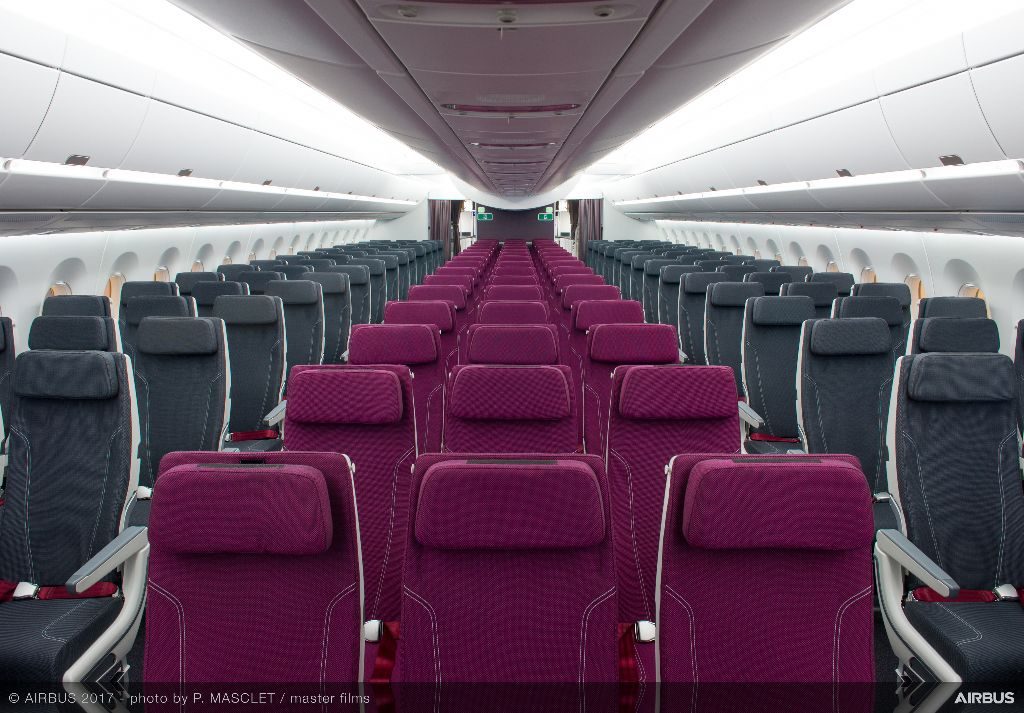 The longer -1000 fuselage enables Qatar Airways to fit an extra 44 seats on board. (Photo Airbus)