Photo: Transportation Partners (the leasing arm of the Lion Air Group) and CFM International have finalised an order for 380 LEAP-1A engines to power Airbus A320neo and A321neo aircraft the airline group has on order. (Photo Airbus)

Transportation Partners (the leasing arm of the Lion Air Group) and CFM International have finalised an order for 380 LEAP-1A engines to power Airbus A320neo and A321neo aircraft the airline group has on order.  The deal signed in Jakarta, Indonesia on March 29, is valued at $5.5bn – the choice of powerplant was announced in February 2016

Also included is an extension of the 25-year material service agreement for CFM56-7B, CFM56-5B and LEAP-1B engines originally signed by Transportation Partners in 2014, which has also been expanded to include the LEAP-1A.  The engine manufacturer will also provide maintenance repair and overhaul services to the Lion Air Group’s CFM56 and LEAP powerplants until the company’s own facility, Batam Aero Technic, located in Batam, Indonesia is completed.  CFM International has been supporting the airline’s new engine maintenance and test cell facility since the project was launched in 2016, providing project management, design, construction and commissioning advice for the new facility.

In addition to this latest purchase, the Lion Air Group has also ordered 544 LEAP-1B engines to power its Boeing 737 MAX 8, MAX 9 and MAX 10.  The group believes it will become the largest operator of the powerplant with its order for 924 LEAP engines valued at $13.4bn. 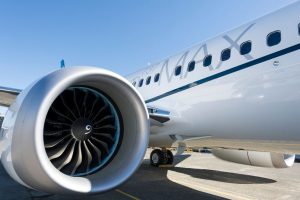 Edward Sirait, President and Chief Executive Officer of the Lion Air Group, remarked: “Our choice to use LEAP-1A and -1B engines to power our A320neo and 737 MAX fleets is the right decision.  “The new aircraft types are critical elements for our long-term growth that will ensure Lion Air Group’s position as the leading airline in the region.”

Chaker Chahrour, Vice President of Global Sales & Marketing for CFM parent company GE Aviation – a joint venture with Safran Aircraft Engines – added: “This is a new milestone for what has always been a great partnership.  Lion Air has already seen the operational benefits of the LEAP-1B engine and understands what a great asset the LEAP-1A will be to its portfolio.”